It was a cold winter evening, but we were sustained by a delicious sausage and apple pie and gravy from the foodhall, plus a very decent coffee. These photographs were all captured handheld using the default settings on an iPhone 12.

Back in August, in the time Before Second Wave, we enjoyed a grand day out riding a steam train at the Dean Forest Railway in Gloucestershire. It is a really lovely experience, especially for little ones, and I hope they will be able to survive the pandemic.

Photographic entertainment while the Little One enjoyed an ice lolly during a day out to see the sights of London. This was taken by resting the camera on my backpack, which was across my lap. I had to do quite a lot of work on the RAW file but the end result is surprisingly good for basically a handheld shot in the middle of the day.

Visiting a dinosaur museum in August is never going to be a calm or relaxing experience. Our chance to go earlier in the year whilst older children were in school had been nixed by COVID-19, but with numbers limited by social distancing, it was a fun and enjoyable outing.

An early Easter break saw us enjoying fabulous Cornish beaches (even Australians consider them “proper” beaches!) and the expected variety of British weathers. We had one evening with a beautiful sunset in Treyarnon, and a very cold and blustery blue sky day at Constantine.

After a wonderful view of this ancient monument while driving past in a slow moving traffic jam, the lack of rain meant it seemed a great idea to pay a visit to this World Heritage Site. Sadly, being July, hundreds of other people had the same idea and a limited schedule meant I did not have time for the full £18 experience. In theory you can walk up quite close to the stones without enduring the long queue for a ticket, but the pedestrian approach from the visitor centre did not surpass the drive-by view from the A303. Lesson learned: next time I will pre-book and get up close. 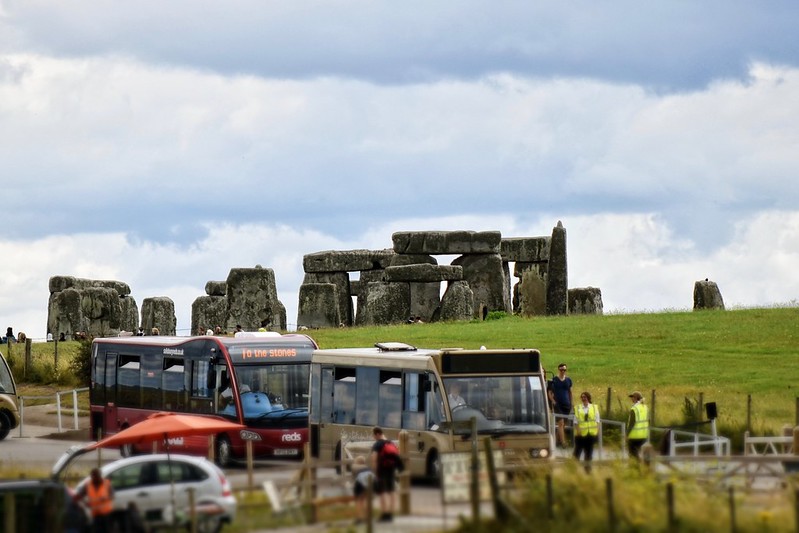 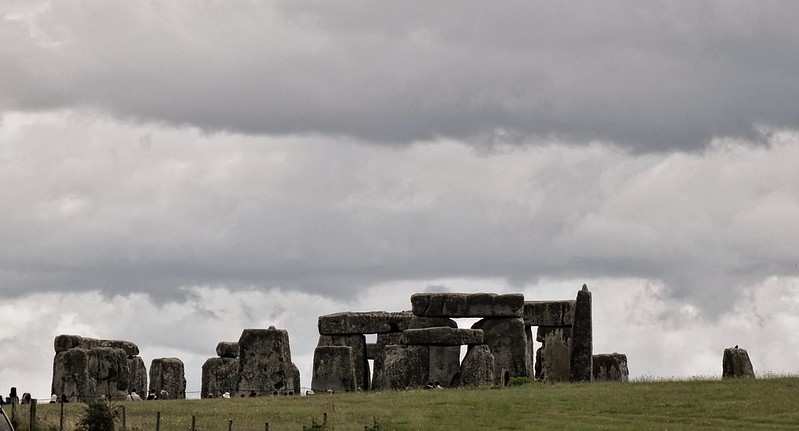 A nearly deserted expanse of beautiful beach in Cornwall. Taken on an unseasonably sunny October day with an iPhone and stitched together with hugin.

We did not have the most photographic weather for our trip to the Lake District in May but the boats on Lake Windermere provided some diversion from the rain and clouds.

Windermere station is a beautiful 15 minute train journey from Kendal and with a tourist information and kitchenware superstore next to the station, the journey felt much more civilised than trying to navigate unfamiliar country roads in a rented car.

Since we had arrived directly after breakfast, we decided to delay walking the mile down hill to the lake itself and first take in the views from Orrest Head. Unfortunately the weather was not on our side and while the many different shades of grey-coloured clouds over the lake provided atmospheric views, the wind blew showers of rain at us frequently enough that we were not encouraged to linger at the top. The helpful lady in the tourist information had recommended an extended walk from Orrest Head so with the indomitable spirit of people who got up early and will enjoy their holiday in spite of the weather, we struck out over grazing land divided by picture postcard dry stone walls to reach the Lakeland Horticultural Society’s Holehird Gardens. The rain did not last and even I thought the garden was pretty impressive for its range of flora and colour.

Retracing our steps it did not seem long before we were back in the town of Windermere and warming ourselves up on some proper comfort food at Lazy Daisy’s café. Windermere was much less touristy than I was expecting, even for a working Thursday, although later I realised that this was probably due to it still being another mile from the lakeside! The lakeside itself was overrun by SAGA coach parties as expected, but there were some very quiet walking paths which quickly took us away from the hubbub to some pretty spots such as the Sheriff’s Walk, Cockshott point and Queen Adelaide’s hill.

As the boat dropped us off for our 4-mile walk the weather did not look promising. Happily there is only so much rain that can fall out of the sky in one day and the harder it comes down, the sooner it stops! 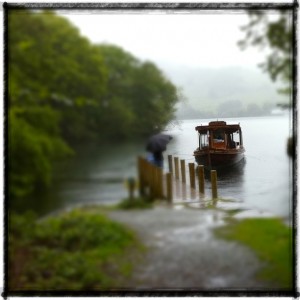 After receiving some ‘bad’ luck in being on the rota to work the wet and miserable Easter weekend, on Easter Monday we headed down to the South Coast for a belated long weekend in the pretty Medieval port of Rye. Last year our Easter day trip to the South Coast was blighted by a shower of snow so we packed warmly and consequently boiled in the hot sunshine!

Rye is a small, cobble-streeted village which must have more tea shops per square mile than Rome has churches. When we arrived early Monday afternoon the place was overrun with out-of-towners but since they were patronising the tea shops, the surrounding countryside provided a pleasantly tranquil amble and by the time we returned the tea shops were all closed and the streets empty. A lovely place (if you like tea and cake), but best avoided on a bank holiday I think!

The following day was spent in Hastings, featured in at least one recent travel supplement as an ‘up-and-coming’ weekend getaway destination. The sea-front is very similar to Brighton, but less tacky, and while some bits were in the process of being renovated there was plenty that looked rather run down. After a morning of walking along the beach and feeling rather uninspired we started back towards the town to find some lunch. By chance we wandered into a lane to look at the menu for a café only to realise that it led to a whole street of smart(ish) cappuccino lounges and artisan shops that had been entirely invisible from the beach! We also spent a wondrous hour browsing the memorabilia and photographs in the Old Town Hall museum which gave us a flavour of how Hastings and the Cinq Ports have been the first line of England’s defences for over 1000 years. In the same street there is an organic bakery from which I purchased a very fine eccles cake for afternoon tea.

Hastings was too grey and overcast for good photos, but Rye was quaintly photogenic.

This week I spent a pleasant few days in the Roman City of Eboracum, (Jorvik to the Vikings and York to its present inhabitants). Modern day York is famous for its well preserved Viking heritage and religious eminence (being the seat of the second most important Bishop in the land), but I also found it to be a charming, compact and well organised city centre with a superb range of shopping all within easy walking distance of its centre. [Photos.]

Sadly we were only able to view the York Minster from the outside due to closure for a degree ceremony (pesky students having precedence over tourists—disgraceful!!!!) but the Old Town Walls provided some beautiful views. The Jorvik Viking Centre was thankfully not swamped with small children (the queue is apparently two hours during school holidays) and despite its main attraction being a ride through a re-creation of Jorvik c.875AD, it was informative and delightfully lacking in gimmicks.

With a couple of hours to kill before catching a train, the National Railway Museum seemed worth a look since it was the very exceptional price of “free” and surprisingly it turned out to be rather good: the exhibition on how rail changed society will interest social historians while those with a mechanical bent will be impressed by the gleaming machines that broke land speed records in their day.