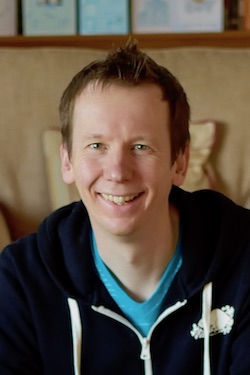 Nathan grew up in the Forest of Dean and studied Computer Science at the University of Cambridge. In addition to his degree subject, he would characterise his three years at Jesus College as learning how to deal with permanent sleep deprivation and wondering what this thing called "free time" was (and how one went about obtaining some). [Upon reflection, a state of affairs that is not dissimilar to fatherhood.]

After completing his degree, he wandered around Canada for 6 months drinking coffee and apparently acquiring a "comedy Canadian accent". He returned to Cambridge to undertake a PhD in distributed systems, although he seemed to spend most of his time partying, supervising undergraduates, administering Linux servers and representing the graduate students on Important College Committees. He did occasionally do some research, and eventually drank enough coffee that a thesis was written!

After further wanderings around Australia and New Zealand, he moved to London (via New York) and finally graduated. He currently lives in London, uses the term cloud to explain to people what he does for a living, and still drinks a lot of coffee.

Email Address:
web [at] toobusyto [dot] org [dot] uk
Twitter:
ned21
Instagram:
ned21
GitHub:
ned21
PGP Public Key:
You can download it in binary or ASCII form.
Please note, if I ever revoke this key I will always give a reason for doing so, unless making that reason public knowledge would be illegal.