As I previously wrote, Buenos Aires is more interesting than picturesque, but nonetheless provided some memorable images. 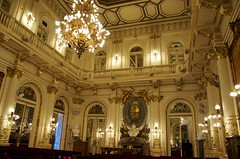 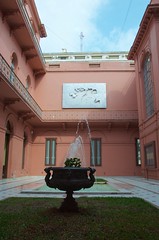 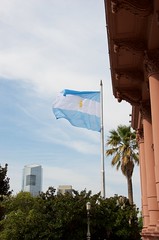 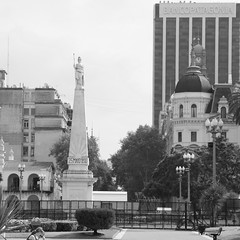 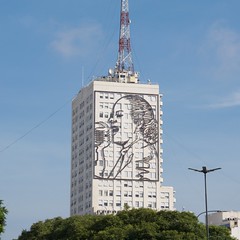 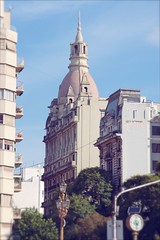 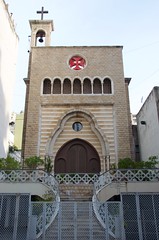 A church in the Microcentro 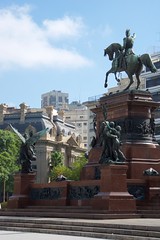 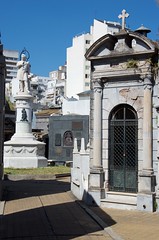 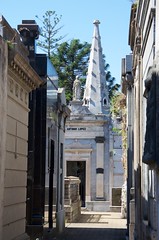 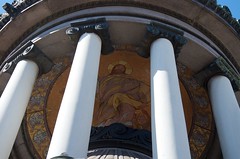 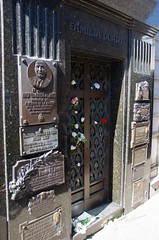 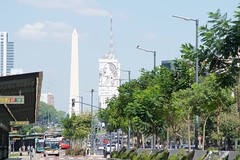 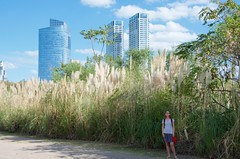 Pampas grass in the ecological reserve 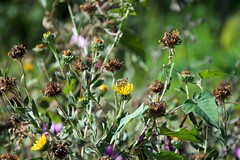 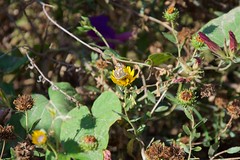 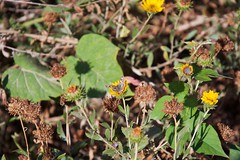 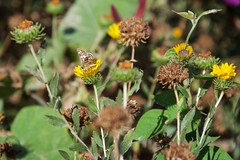 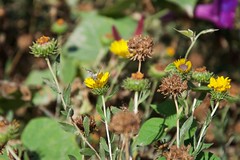 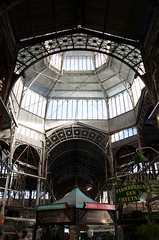 Our flight back from Chile was through Buenos Aires giving us a perfect opportunity for a weekend stopover. Many people had waxed lyrical about the delights of the city so expectations were fairly high. We arrived early evening after a day time flight from Atacama 1 and arranged to meet some friends (also en route back to the UK) for dinner. This was at 10pm, the normal dining hour for locals, but the evening was warm so it was perfectly comfortable to sit outside on a pavement table and watch the world go by, while they brought us juicy steaks that filled the plate, and the conversation flowed as freely as the excellent Malbec.

Our hotel served breakfast until 11am at the weekend which was exceptionally civilised and allowed us to recover from our late evening. We then set out to explore Buenos Aires properly. Sadly our first wanderings were less successful than the previous night’s dinner as we found ourselves walking down the equivalent of London’s Oxford Street on a Saturday, and then through another neighbourhood with some potentially impressive 19th Century architecture that had sadly gone rather shabby and gave us a rather down-at-heel impression of the city. The free guided tour of the Casa Rosa (home to the executive branch of the government) was quite interesting and featured some spectacular interiors, but we returned to our hotel room having walked quite a long way and not particularly enthused for the city’s daytime attractions. Fortunately the evening was once again excellent with a trip to a hip cocktail bar hidden in the basement of a flower shop.

The next morning a closer reading of the guide book suggested the direction we had taken the previous day had been a mistake and the highlights were in the chic neighbourhood of Recoleta and the grungy but hip San Telmo. This proved to be correct as we enjoyed a morning walking through spotless streets with lovely buildings in Recoleta, finishing up at a pleasant craft fair. The astounding architecture and flamboyance on display in La Recoleta cemetery was also fascinating, like a bizarre miniature city. To get to San Telmo we walked through the recently redeveloped Puerto Madero with its shiny skyscrapers, and also part of the bio-reserve to see pampas grass, which also made for a lovely change after pounding so many streets. Puerto Madero has a well regarded art gallery (including a room-sized Turner) in a reportedly stunning modern building but we were keen to press on to San Telmo so decided to save that for a future visit.

San Telmo was a complete change of atmosphere from the monied chic of Recoleta and the gleaming modernity of Puerto Madero. The buildings were more well-worn than old, but charming, and the narrow streets bustled with stalls and buskers. There were plenty of other tourists who added to the friendly energy that had been missing from the soul-less streets we had walked the previous day. The reason we had skipped the art gallery earlier in the day is that we knew San Telmo’s main square hosted a famous weekly neighbourhood tango event, known as a milonga, on Sundays and this would be our best chance to catch it. This was great fun to watch and meant we felt we had experienced this very Argentine activity without the hard work (and embarrassment!) of actually taking tango lessons.

Having eaten steak two nights in a row, we opted for a simple (but excellent) pizza to restore us after a long day of walking and exploring. It had taken us two attempts, but having discovered the charms of Buenos Aires, we will definitely look forward to another visit.