The alarm went off at 04:15. I was conscious of being awake before the alarm sounded, perhaps due to excitement at the impending denouement of the trip, or just fear of oversleeping!

Just after 05:30 we joined the already long queue for the buses that convey tourists the 25 minute journey to Machu Picchu. Fortunately there also seemed to be a never ending stream of buses, although waiting in another queue at the top of the mountain I noticed that the flow of new joiners had stopped not too far behind us and had we been much later then we might have missed out on being in the first tranche of visitors.

About ten-past seven our early start was rewarded as the sun rose behind a near by mountain peak and began to light up the mountain known as “Huayna Picchu” in spectacular fashion. The Incas used a solar calendar and many of their temples were designed to allow them to predict important events such as solstices, so visiting just a week before the winter solstice meant that we could easily see their calendars in action. It is hard to avoid clichés when talking about somewhere as famous as Machu Picchu but as the sun rose there was definitely something quite magical about the way the light interacted with the geography and topology. The bright sun contrasted against the deep shadows also made it very difficult to take a good photo so there was much fiddling with camera settings as I tried to persuade it to capture the atmosphere of the ruins. 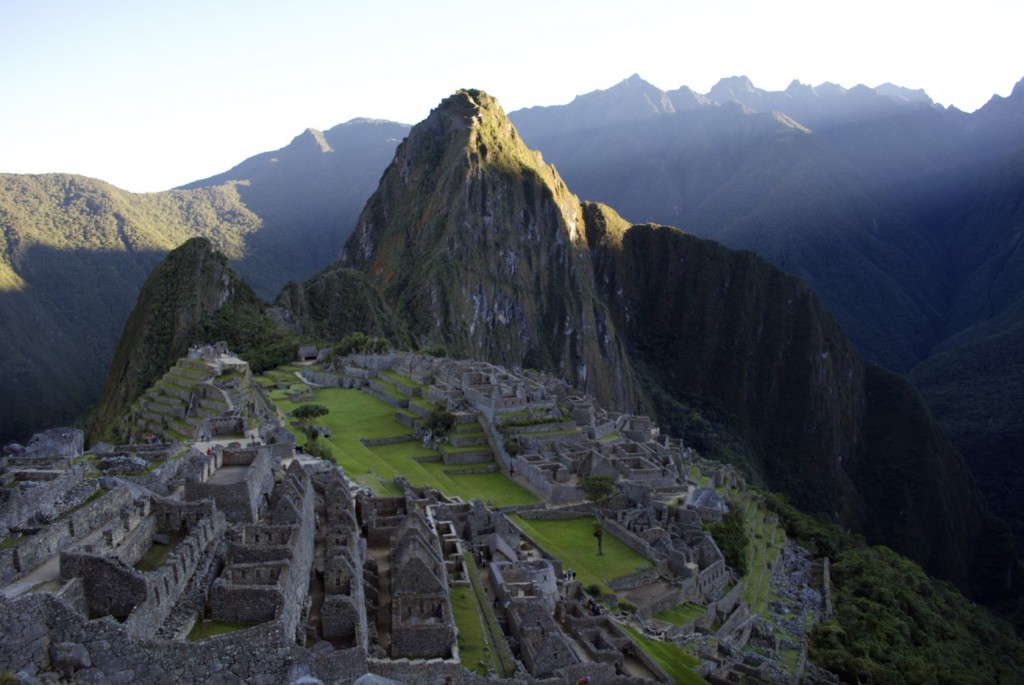 Our guided tour finished around 09:30 and we were then free to explore on our own. There are no facilities inside Machu Picchu so our first stop was the short hike back to the entrance where we also could not resist breaking into our picnic lunches. (It was four hours since breakfast, after all!) Suitably restored we decided to tackle the trail to the Sun Gate which is the entrance from the Inca Trail. By now the hot sun had fully cleared the surrounding mountains but occasional cool breezes seemed to blow through the valleys and the views were stunning—I can see why it is worth spending four days hiking at altitude and have this view be your first sight of Machu Picchu. The trail to the Sun Gate was also pleasantly not busy; the hikers all having come down at dawn and many of the coach parties were only just arriving at the ruins down below us. 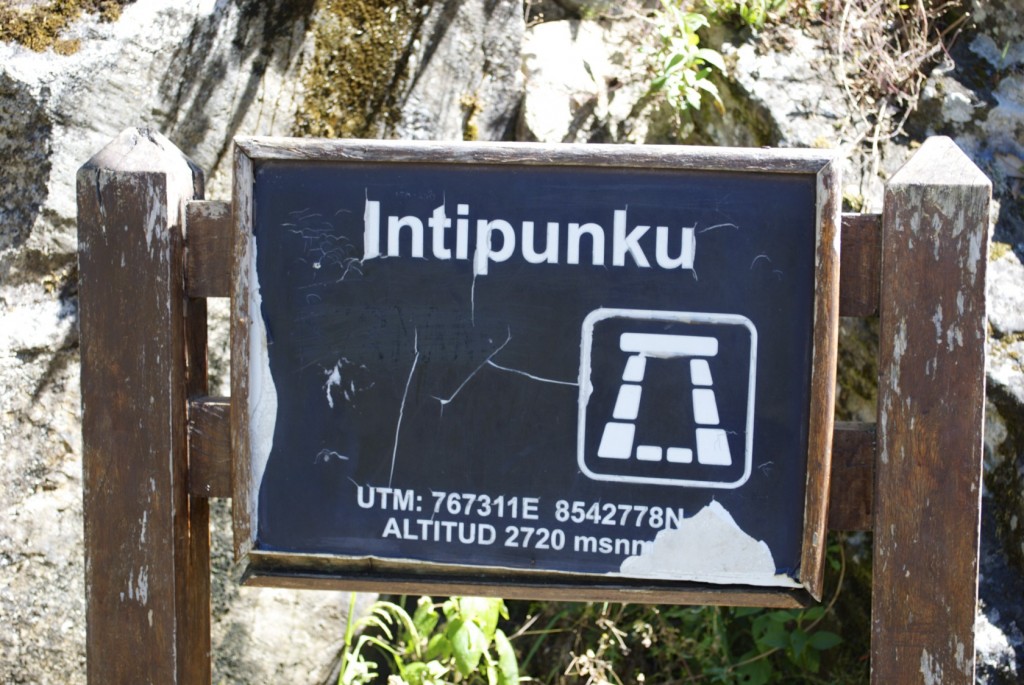 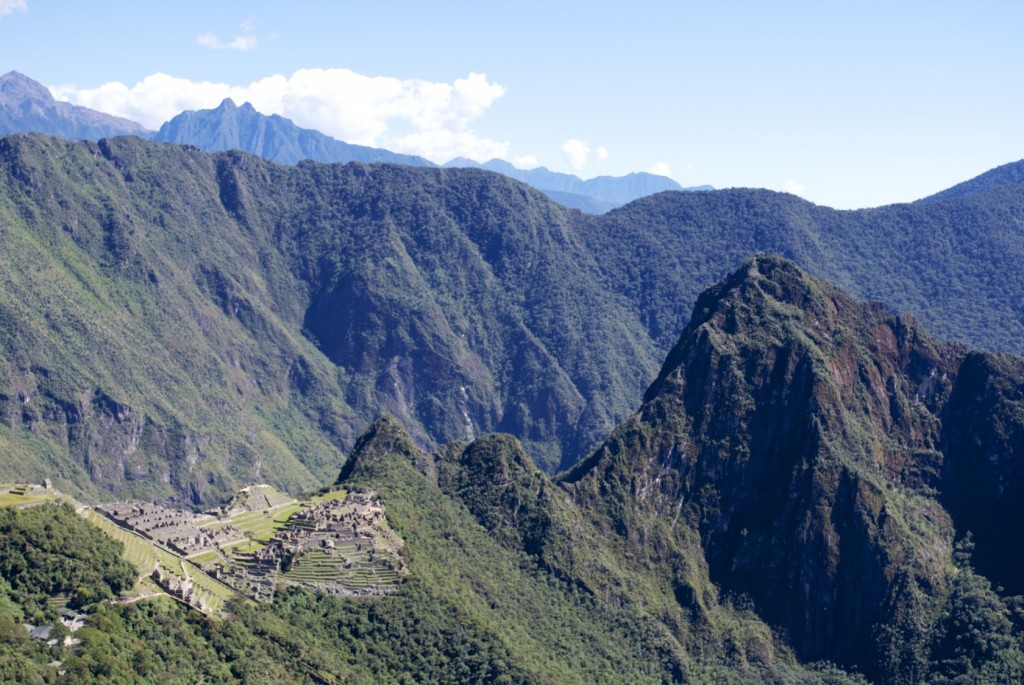 After coming down from the Sun Gate, we explored some of the terraces above the ruins, and a narrow trail around the mountain to see the other valley—this is not a place to visit if you do not like steps or heights! Later in the afternoon, after a rest and a restorative ice-cream, there were remarkably few people in the ruins and we had a fun time exploring the Inca’s city at our own pace without a guide. The sun was now coming from the opposite side of the valley, highlighting a completely different set of details to the morning.

Since we had taken the bus up in the morning to save time, we felt it was only proper to walk the 3.5km back down at the end of our day. It proved to be a lovely walk—a great way to end a fantastic day.