At the height of the gold rush in the late 1860s Hokitika was one of the busiest ports in New Zealand. Today it is a small but worthwhile rest stop for the road-weary traveller. There is a long beach with pounding surf on which to stretch your legs but the highlight is the small and well curated museum in the grand former public library. This includes exhibits on the Maori history of greenstone (the major source of which is in this area) as well as the curious history and culture of whitebait fishing on the west coast.

We overnighted at a camp right next to the beach at Punakaiki. The roar of the surf was quite a soundtrack, and much preferable to the drumming of rain we had previously. We woke to glorious sunshine and finally we could see the peaks of the mountains! 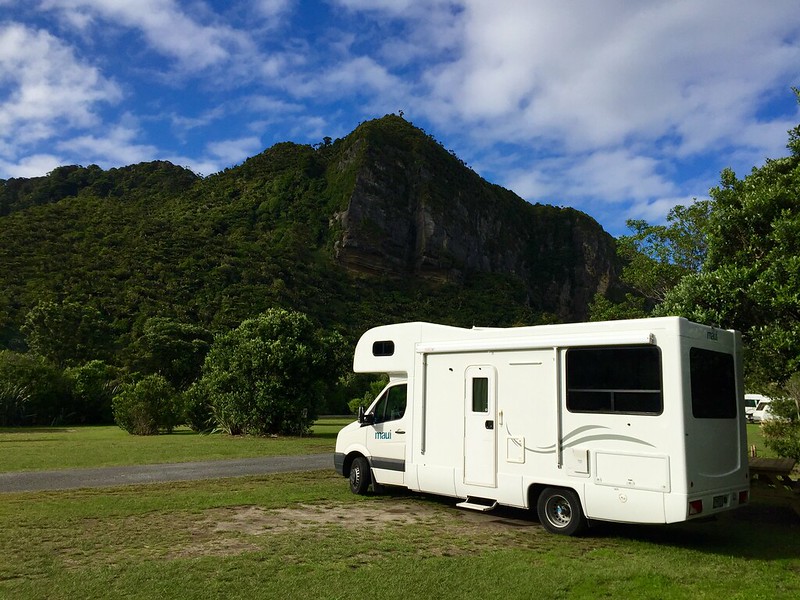 The huge waves meant the blowholes at Punakaiki Pancake Rocks were on form today and the sea sparkled in the sunshine. Many a tourist could be heard taking a sharp intake of breadth or emitting a ‘wow’ as a wave smashed onto the rocks below and made an awesome spray pattern. Usually this was followed by said observer being coated with a refreshing fine mist of sea water too!

The drive along the coast here was very beautiful with a mix of beaches and off-shore rock formations. Later in the afternoon we turned inland following the Buller River Gorge. This was also very scenic, although some of the single lane road sections around sheer cliffs were rather exciting in a campervan!

One thought on “Hokitiki and Punakaiki Pancake Rocks”